I don’t know anyone who doesn’t like ramen. I practically lived on it growing up. The instant kind of course.

I’ll admit, I do keep a few packets of instant ramen in my home for those days when you’re feeling under the weather and don’t feel like cooking, but need something that will fill you up. It’s not the best for you, but hey, it’s a simple meal.

Usually, we add meat and veggies to instant ramen to give it some depth, but one day it dawned on us, we could make our own that is so much healthier than instant!

Start out by making your broth. Roast the bones of a chicken in the oven for around 40 minutes. You can also roast beef bones or pork, or a combination of the two. If you’re plant-based, roast some root veggies.

You really just want to caramelize the skin and outer layers of the bones. Once the bones or veggies are done roasting add them to a large stockpot and cover them with water. Bring to a boil, then reduce heat and let simmer for at least 4 hours. If you want a full-on bone broth, place the bones and water in a slow cooker and cook for 12 – 24 hours. The longer it simmers, the more nutrients you’ll pull out of the bones.

Side note on the bone broth – You’ll know you have a good bone broth if it turns to gelatin after placing it into the fridge to chill. This is due to the collagen content which is super healthy for you!

Anyway, while your broth is cooking, prep your veggies.

What’s great with ramen is you can add what you like, it’s super customizable! We like to add fresh ginger, green onion, garlic, bok choy, mushrooms, carrots, and bamboo shoots if we have them.

To prep the veggies, you’ll just cut them up how you enjoy eating them. If you like thin slices of ginger, as I do, then thinly slice them. If you like bigger chunks, go for it! Honestly, there isn’t a right or wrong way to cut them for ramen, because most of the veggies will be added when you’re serving the soup.

When your veggies are prepped, it’s time to start making the savory broth that you’ll add to your bone broth later.

Making a savory broth is really easy and it’ll add flavor and depth to your ramen. There are several ways to make it, but as with all of my recipes, we don’t use sugar. So my savory broth or Tare doesn’t contain black-strap molasses, dates, or mirin like other recipes.

Start by simmering 2 cups of water in a pot. Add kombu which is edible kelp. You could also use seaweed. I know this might seem odd but don’t skip it because it adds a really nice earthy flavor and nutrients.

Let it simmer for a few minutes. Alternatively, you can let it sit overnight to really pull out the flavor and nutrients. Once the water turns dark and the kombu is thinning, strain the liquid into another pot. Don’t throw out the cooked kombu, you’ll use it again. Next, thinly slice shiitake mushrooms and add them into the tare. Simmer for a few minutes and add 1/4 cup liquid aminos. Liquid aminos taste like soy sauce, but it’s not as salty and it’s packed with nutrients.

Add a dash of marsala wine and let simmer. Put the cooked kombu into a tea strainer or mesh ball and add it back into the savory broth. You could leave it in without the strainer, but you’ll have weird slimy bits in your broth and that isn’t always appetizing.

Bring a pot of water to boil. Using a slotted spoon gently dip the eggs into the boiling water and then completely submerge them and let them cook for 6 minutes. Once you take them out of the boiling water, put them into a bowl of ice water and leave them in there for 5 minutes. This makes peeling them really easy.

We use Millet and Brown Rice ramen. You’ll just cook this based on the package directions.

While those are cooking, blanch some bok choy and carrots, chop them into bite-sized pieces.

Now it’s time to put it all together!

Start by placing your bone broth into a bowl. Add the savory broth to taste, add the ramen noodles and top with bok choy, fresh ginger, garlic, green onion, carrots, and a soft boiled egg.

As mentioned above, you can customize this to your taste, and please do! The thing I love about ramen is that it’s easy to play with. Try this recipe this time and change it up next time. You really can’t mess it up.

What do you like to add to your ramen? I’d love to know in the comments!

The Importance of Balanced Nutrition

This site uses Akismet to reduce spam. Learn how your comment data is processed.

In this blog you will find simple ways to live a natural and sustainable lifestyle along with real food recipes and a view into homestead living. 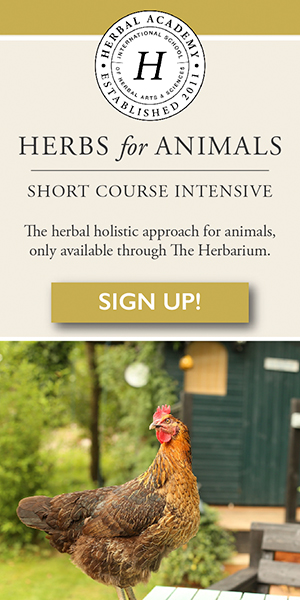 It's been a while since we've given a quail update

Quail love cucumbers! It's a good thing we have so

Quail love dust baths!! The first thing they did w

This website uses cookies to improve your experience while you navigate through the website. Out of these cookies, the cookies that are categorized as necessary are stored on your browser as they are essential for the working of basic functionalities of the website. We also use third-party cookies that help us analyze and understand how you use this website. These cookies will be stored in your browser only with your consent. You also have the option to opt-out of these cookies. But opting out of some of these cookies may have an effect on your browsing experience.
Necessary Always Enabled
Necessary cookies are absolutely essential for the website to function properly. This category only includes cookies that ensures basic functionalities and security features of the website. These cookies do not store any personal information.
Non-necessary
Any cookies that may not be particularly necessary for the website to function and is used specifically to collect user personal data via analytics, ads, other embedded contents are termed as non-necessary cookies. It is mandatory to procure user consent prior to running these cookies on your website.
SAVE & ACCEPT